ALBUQUERQUE—To prevent a dramatic spike in homelessness as New Mexico navigates the COVID-19 crisis and its economic aftermath, social justice and housing organizations asked Governor Michelle Lujan Grisham this week to prioritize legislation creating a rent relief fund at the upcoming special session. Their letter also asks her to support a legislative moratorium on evictions and expanded protections for low-income homeowners.

“If we don’t get some help with rent soon, I don’t know what’s going to happen to me and my family,” said Allyssa Garcia who lives in Albuquerque. “I’ve worked hard my whole life, but I have lupus, which puts me at high risk of getting the virus. I had to cut my hours back. My daughter, who has a heart defect, lost her disability for awhile. I had to appeal to the Social Security Administration to get it back. There just hasn’t been enough money to pay rent. Now my landlord has evicted me. They can’t force me to move out right now because of the health emergency, but once things open up, my three children and I might find ourselves on the street.”

New Mexico was already struggling with a crippling housing crisis before the health pandemic. In 2019, the state experienced the highest increase in chronic homelessness in the nation–up 57.6% since 2018. The most recent data from the Mortgage Finance Authority shows that 50% of New Mexico’s renters are housing cost burdened, meaning they spend upwards of 30% of their income on housing costs.

Housing relief programs like the one the New Mexico advocates are calling for have already been established across the country to support local recovery.

“Everyone deserves access to safe, stable housing, especially during a pandemic,” said Maria Griego, director of Economic Equity at the New Mexico Center on Law and Poverty. “Unfortunately, temporary Supreme Court rules and federal moratoria only postpone evictions. While no one can be removed from their homes immediately, homelessness will increase as soon as the state of emergency ends.”

Griego added, “As New Mexico families face the COVID-19 crisis and its financial aftermath, including record levels of unemployment, we urge the state to actively respond to the real threat of a dramatic spike in homelessness and for the governor to put responsive legislation on her call at the special session.”

“We need our elected officials to match the efforts of the people organizing on the ground,” said Tomás Rivera, executive director of Chainbreaker Collective. “Many people hardest hit by the pandemic live in neighborhoods already teetering on the edge of widespread displacement and gentrification. Without bold housing relief measures, the COVID-19 crisis may be the push that will tip whole neighborhoods over that edge. People will be forced into the street from neighborhoods where they have deep roots.”

The letter to the governor can be found here: http://nmpovertylaw.org/wp-content/uploads/2020/06/Group-Letter-to-Governor-housing-relief.pdf 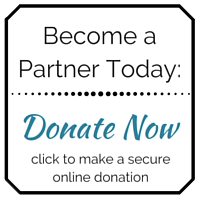